Bats Roost In Attics During The Winter 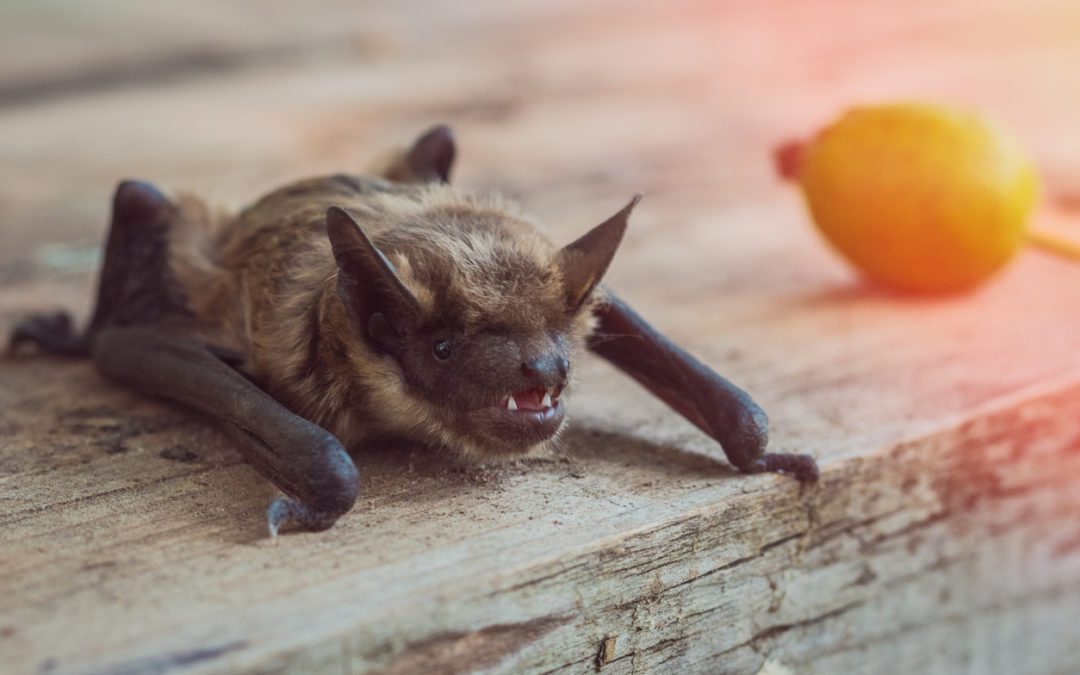 More than a dozen varieties of bat are native to Illinois, but not all of them hibernate.  The majority of these species prefer to roost in trees and bushes and will migrate to warmer regions when the weather turns too cold for them to remain outside.  But a few different breeds will remain year-round, spending the winter in caves, rock crevices, tree hollows, and buildings.   The most common of these species are the Little Brown and Big Brown bats.

Due to their very specific heat and airflow requirements, Little and Big Brown bats are known to live inside year round.  But most often, bats roost in attics during the winter.  Because of the extreme drop in temperature and lack of flying insects as a food source, these bats must find a hospitable environment to use as their hibernaculum to endure the winter.  Bats travel primarily through flight, which expends a great deal of energy.  When food becomes scarce and outside conditions become hostile, hibernation lowers an animal’s body temperature and slows the rate at which they metabolize food, meaning they expend fewer calories and are able to conserve energy and fat stores.

Coming out of hibernation is greatly dependent upon temperature.  It is natural for bats to awake periodically throughout the winter to move their muscles and hydrate since they can lose quite a bit of water.  If there is a colony living in your attic, you may hear scratching or scuffling noises in your ceiling from time to time when this happens.  Hibernation also leaves bats more prone to parasites, and rousing themselves helps to boost their immune systems.  During this often hours long process, heart rate and body temperature will slowly return to their normal state.  Outside conditions can affect bat hibernation as well.  Bats may rouse if the area where they are resting suddenly becomes warmer.  Areas of the attic that are in direct sunlight or near a chimney can interrupt hibernation.  When this happens, bats often become disoriented and gravitate toward the interior of the house where it is much warmer than the attic.

Other factors that may wake a bat include starvation and disease.  If a bat makes its way into your living space, it is absolutely vital that it be captured and tested for rabies.  A bat’s teeth are so small and sharp that you may not even realize you’ve been bitten.  So for your own safety, do not try to catch the bat on your own, and do not simply open a window and hope it will leave.  Though very few bats actually have the rabies virus, they are still one of the top carriers in Illinois, and it is much better to be safe than sorry.

Bats are a protected species, and are an incredibly valuable asset to our ecosystem, helping to control insect populations and pollinating the plants we depend upon for food.  If you suspect you have a colony living in your home, contact ABC Wildlife.  We practice removal techniques that ensure the safety of the bats, know the best way to remove the bats without causing harm, and are also be able to identify the areas where the bats have entered and seal them to prevent future colonies from inhabiting your attic.  Bats may need someplace warm and safe to spend the winter, but it doesn’t need to be your home.