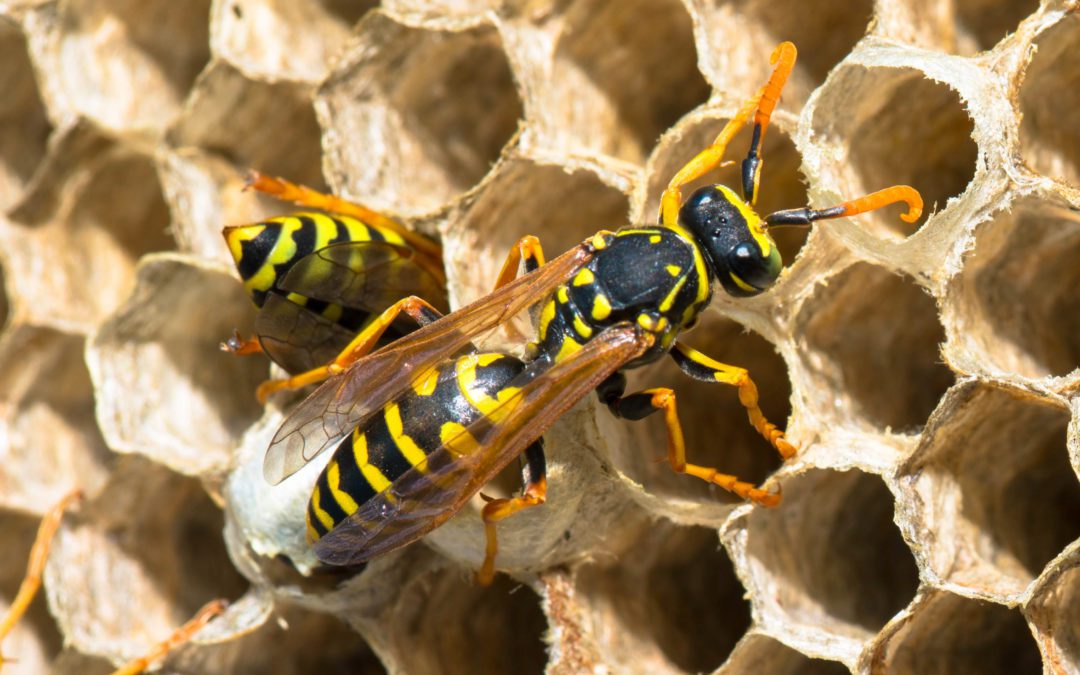 Having a wasp problem can put a damper on summer activities. As a result, many homeowners ask us for advice on the best wasp control methods.

If you’re noticing lots of activity with wasps around your home you’ll want to take care of them sooner rather than later. If noticed early on, wasp control is 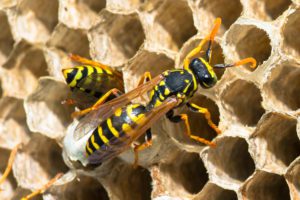 something you can handle yourself. However, if you wait until worker wasps have reached adulthood, and there’s lots of activity with wasps coming and going from their nest, you’ll want to proceed with caution and call in a professional.

Sometimes homeowners unwittingly invite wasps to our homes by leaving food remnants, dirty paper plates and cups, and empty bottles and cans in open trash bins. Wasps are enticed by food and drink, especially if it’s sweet. By keeping food covered, and putting a tight lid on your trash bins, you’re removing temptation from around your home and the wasps will go back to looking for insects to satisfy them. A nest filled with wasps will eat thousands of mosquitoes in a season, so be smart about consuming food and drink outside, and the wasps will do what they are born to do.

Know When to Act

Early Spring is the best time to remove a wasp’s nest because there’s not much activity. The queen is just starting to lay her eggs and the nest is still small enough to remove without incident. Once workers reach adulthood, they’re going to defend their queen in an aggressive manner and perceive anyone who approaches their nest as a threat. Unlike bees a single wasp can sting multiple times so make sure to be careful when treating wasp nests.

If the nest is large, with frequent signs of wasp activity, you’re long past the time in which an untrained homeowner can act. It’s time to ask for help.